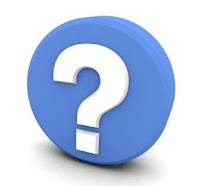 Ah, yes. The glorious holiday season! The time of year when half your office is gone and the other half is surfing the Internet.

Slow times are the best times for 5S. Right? We're a Lean company and we "do" 5S.

Perhaps your factory is closing down for the week. Christmas shutdowns are commonly used for facility upgrades or retooling.

Whether you're a manufacturing or office employee, someone will always say, let's use this time to clean up!

And if you're on the Lean journey, the 5S term will get thrown around.

Because that's usually how it goes. Let's do 5S now and forget about it the rest of the year. So we do our Sort, we do our Set in Order and we do some Shine. Actually, we do mostly Shine. A lot of Shine.

When everyone gets back in January, we're all so energized because the place is so shiney!

Nothing wrong with a little winter clean-up. In fact, sometimes that can be the best time to start a 5S initiative. Just remember there are 5S's, not just 3.

So, who's "doing" 5S this season? Is anyone thinking about Sustaining it? How about Standards? Anyone putting any rules in place? How are you going to enforce/audit them? Who's responsible?