6 Thinking Hats - Keep that brainstorming under your hat! 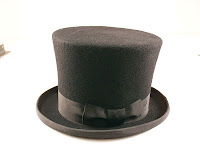 What is the Six Thinking Hats problem solving technique?


Wikipedia describes the Six Thinking Hats method as an exercise in parallel thinking. Since my computer has a dual core processor, I know exactly what this means. Both cores working at the same time, in parallel? Right? Sort of.

Parallel thinking is a way of approaching the problem from different points of view at the same time. Ok, this is not making things any clearer. . .

Even with a motivated team trying to succeed, you have an inherent problem. While someone is putting forward their view, others are formulating their own response based on their background and expertise. Each person has their own linear view of the problem and thinks independently.

The Six Thinking Hats problem solving method tries to solve this by making the whole group think of the same part of the problem at the same time. . .using coloured hats as a physical, visual cue.

Each hat represents a distinct direction of challenging the problem.

The Six Thinking Hat is a formalized approach to problem solving. By forcing everyone in the group to focus on one aspect at a time, the group is not moving in different directions or ignoring specific issues. By addressing all the different "hats," nothing is missed. It's a simple technique, even silly, perhaps, but when used in a structured fashion it can be a powerful decision making process, especially if used iteratively.


Don't take my word for it, check out the video below that explains the process in more detail.

Is this too hard for you? Guess what. . . even kids do it! Check out the children in the video below:

And finally here's a slideshare summary:

Who's used the Six Thinking Hat method? Please comment below. Was it effective?