I don't do much of the shopping around my house, but there is one thing I learned after my first shopping trip, many years ago.

Young and naive, I expected everything I bought in the store would be exactly as advertised. When you buy eggs, you get eggs, not yolks and shells. As my shopping habits matured and I learned the realities of life, I mastered how to pop that egg carton open for a peak before putting it in my cart.

The following video uses eggs as an example of "passing along defects."  It's a short one, but good for a few laughs. And it illustrates a critical point. There are NO acceptable levels of defects to pass on.

Back in the 70's and 80's, before I could drive, many cars had many defects. The funny part was most people accepted this. FORD stood for Fix Or Repair Daily. GM: General Maintenance and I'm sure you can think of a few more. Your mechanic was your best friend, unless you could be your own mechanic. 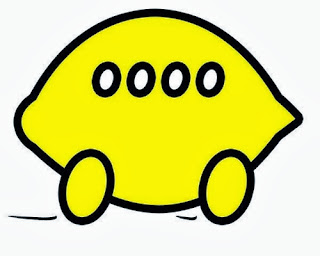 These days cars are more reliable. Apart from regular maintenance, you shouldn't have to do too much to your car. Granted, you can still get stuck with a lemon. But generally, it's news when something major happens. People talk about how they need a new transmission because it's a rare occurrence. The truth is, cars are lasting longer, and have fewer problems.

And this is primarily because automakers have been focused on 0 ppm.

There's no acceptable level of defects. Thanks in part to Deming and Taiichi Ohno, Japanese cars became more reliable and North American automakers had to follow suit, or get egg on their face.

And the word spread. Airplanes crash less. Hospitals don't leave as many tools inside bodies. And there are less cracked eggs!

The video's from Bruce Hamilton, the maker of the Toast Kaizen Video. If you want the full length version, it's coming soon from GBMP.